I missed the goal I set for myself to add a post each week and I’m terribly disappointed.  But I feel like I had good reasons, as I’ve been doing customer development activities.  “Getting out of the Building” as Steve Blank would say. As I’ve had conversations with different folks (to remain anonymous) there was a recurring message, “our content marketing or marketing program is in shambles right now.”  Or, “we’re currently restructuring our current marketing efforts.”  I found it very interesting that all organizations marketing departments large or small, young or old, non-profit or for-profit are all either a. in shambles (and willing to tell me this..) or b. going through a “restructuring phase.”

I think it’s a testament to the times we’re living in.  The industry (marketing)  is so fragmented, that it’s difficult to see which way is up-literally.  You can’t even get the ‘thought leaders’ to give you solid advice as to how you should price or “monetize” your particular content online or otherwise.  IT has become a free-for-all out there-the www should stand for “Wild, Wild, West.”  With all of the advice on the web by tons of great resources, there are just as many snake oil salesman.  There is a need for a “Marketing Technologist.”

At that moment, I felt sad.  Sad for the person next to me, sad for the person telling the story and generally just like my personal growth was diminishing by the second as I realized I was listening to the challenges of an overly controlled, bureaucratic institution unwilling or unable to make change, adapt or realize benefits of a newer, better way of doing things.  I realized just how difficult it is to adapt or make changes “for the better” within any large organization.

It’s no surprise that innovation is stifled in large organizations.  They’re set in their ways, and why shouldn’t they be?  They have already figured out a way to execute a profitable operation over and over and over again.  But can you imagine working in this environment, it can be so redundant and uninteresting.  How do you personally live and grow in an institution like this?  Where innovation is stifled at the risk of ‘bucking a system’ that appears to be working perfectly- as it churns out profits, daily?  That is, until it breaks and something outside it’s control disrupts it.  There are a lot of industries being disrupted, right now by smaller, more agile and they’re much flatter in their org hierarchy.

As I was telling my (concerns) as a story to the leader of the organization -they agreed.  For younger talent to be engaged, they must have opportunities “to be engaged”, and make decisions.  Not only be able, but also encouraged to take risk.  You can’t do that in a large established organization or enterprise environment (or at least the few that I’ve seen and been a part of.)  It’s obviously due to fear of getting your legs cut off or worse yet, losing your job and your livelihood.

One of the leaders of our professional group wishes her daughter would consider the profession of Business Analyst because she is a very curious person.  And that’s what makes a good business analyst, always asking the question, “why?”  She likes to question everything going on in her surroundings,

Why is it done this way?

Why do they do it that way?

I thought if she were to bring her to our group, she would run.  She would run as fast and far away as she possibly could.  As you’ve heard above, this life leads to a headwind of stodgy, unwilling, unadaptable, non-challenging environment and life previously discussed above.

She would be deflated, why? Just because she’s curious, she has ideas, she has visions of how things could be…

So, that leads me to the “Startup” scene, there is nothing more “sexy” or compelling than the new shiny Startup.  Young with all of the ideas and aspirations of finding that executable that leads to “earned success”.  The opportunities are endless, because you haven’t really committed anything to “the process” yet.  Once you get into the details of your idea, trying to define a path to successful execution is excruciatingly difficult and hard work, it’s mind bending, but also mind shaping.

It’s a journey that every individual should be able to experience. You have to have young malleable minds, that are willing and able to take risk.  Be naive, consider options that wouldn’t have ever been considered or perceived yet, undeterred by and uninfluenced by the existential threats or realities of the real world.

In hindsight, that’s probably the reason why they call startup generators, incubators.  Recently, I’ve been reading about the Hawkins.edu program and how they’re applying Steve Blanks Lean LaunchPad and Customer Development approach to their k-12 educational program.

I’m extremely impressed by their ability to apply and teach such complicated principles to such a young audience.  But I’m also not surprised, these students are curious, engaged and adaptable, undeterred by the outside complexities of what life or the business world is going to throw at them.

Not to say that each of these kids have “winning ideas”, but they each have “a shot.” And this isn’t because they’re being sheltered, but more likely because they’re Engaged, Enlightened, Encouraged and Empowered to make their own decisions.(idea: autonomous)

I really think this is what life is all about, finding your path, by defining whatever risk you’re willing and able to take for yourself, obviously the younger you are, the more chances you have and the more chances you have to fail faster, until you find out what works.  In the Accelerator Program we’re going through over at Nucleus the next ten weeks, the Mayor of Louisville, Greg Fischer, described his entrepreneurial experience.  He described himself as younger, I think in his early twenties with a total net worth of about $1500 at the time, he was developing his business in a market that was pretty mature (for its time) and those around him would balk at the idea, “these ‘kids’ would never be able to make anything out of their time spent working with ice.”

They created the ice dispensers you see in every Burger King, McDonalds, Save-A-Step, etc.

So you know how that story ended…  What if a smaller (less costly, more agile, much flatter/responsive) agent came to meet with you, would you accept her “customer development” interview?

My Tweets to You! 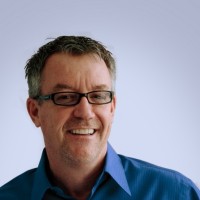 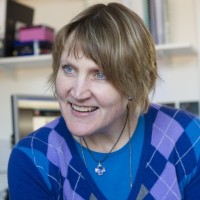 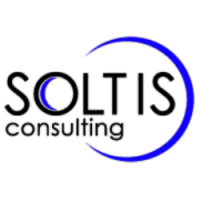 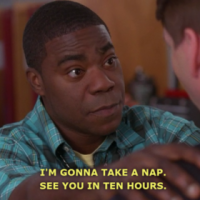 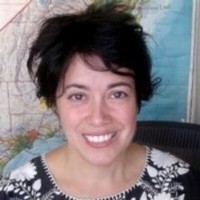 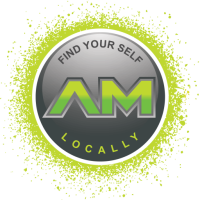 Building the Business of Your Dreams

The Life of a 21st Century Student

Editor and writer. Interested in tiny things, nineties nostalgia, old jungle mixtapes, punctuation, and my cats. Not to be fed after midnight.

Thoughts on kayaking, science, and life

Some say I was born high. Others say i'm just simple :)